Any Fisho can reel in the mill.

Famous for its barramundi, the Northern Territory boasts some of the best fishing in Australia and attracts thousands of visitors each year for the chance to reel in a barra.

The Million Dollar Fish competition gives fishos of all skill levels the chance to reel in cash prizes of up to a million bucks, simply by fishing the Northern Territory. Season 7 opens on 1 October 2021 and closes on 31 March 2022. The purse of prize money for Season 7 has never been bigger in the history of the competition, which first started in 2015.

Those who register for Million Dollar Fish Season 7 could also walk away with fantastic prizes as part of the Lucky Prize Pool drawn every month. More than $60,000 worth of prizes are up for grabs such as a Great Northern Tiwi Island Breakaway, Shimano fishing combos, Anaconda vouchers, Britz campervan getaways, Engel fridges and freezers and Top End fishing holidays and experiences.

To be claim a prize-tagged fish or a prize, you must be registered in the most recent season. Register for free at www.milliondollarfish.com.au and fish the Northern Territory for the chance to become a millionaire.

See below our travel packages to the Top End to land yourself a Million Dollar Fish!

Million Dollar Fish Darwin - Fish & Feast in the Top End
DoubleTree by Hilton Esplanade Darwin - 4 nights
If you like fishing, seafood and luxury, then this is the package for you. Fish all day for Barramundi and Mud Crab aboard a luxury sports boat, and feast all night with your 5-course seafood banquet at the acclaimed Hanuman Restaurant. Plus, enjoy the sights and attractions of tropical Darwin with Big Bus, all while based at the modern DoubleTree by Hilton Hotel Esplanade Darwin.
Valued at 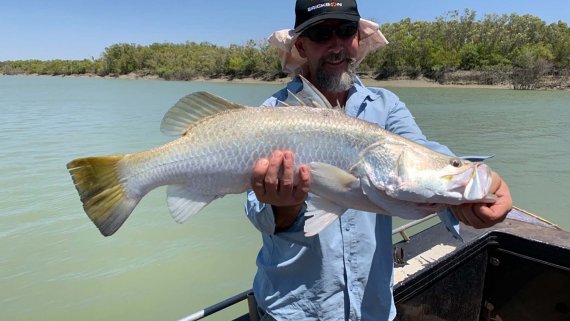 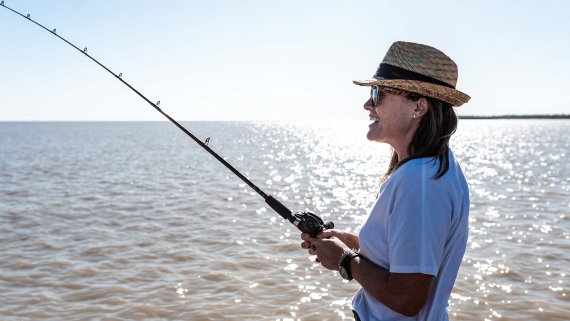 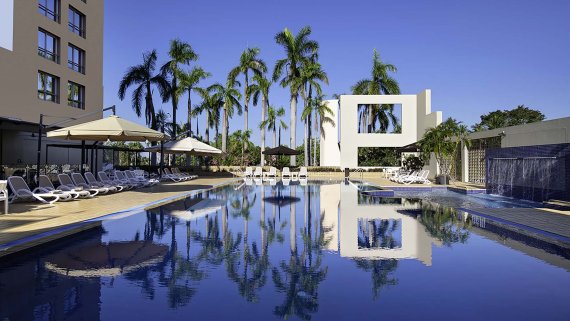 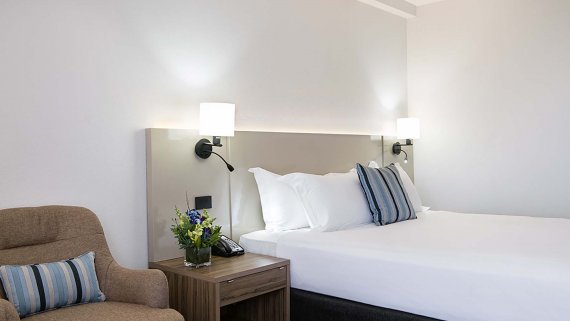 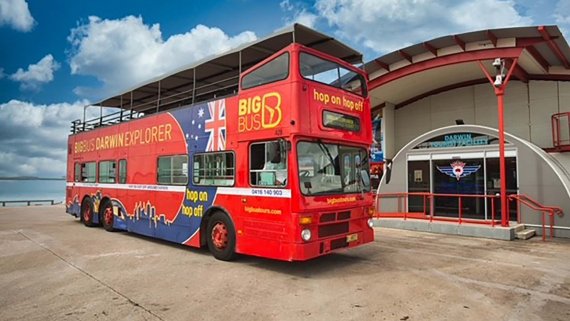 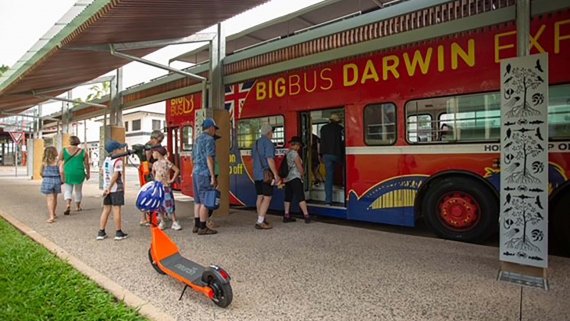 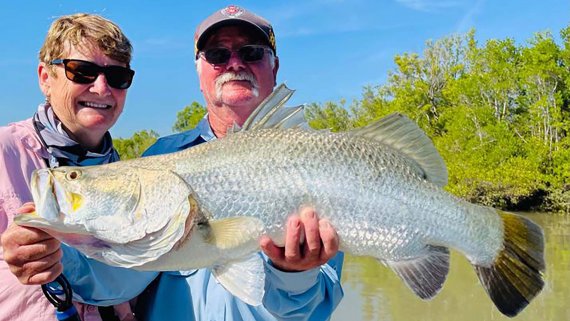 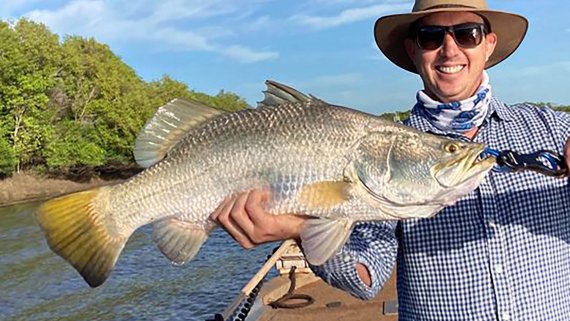 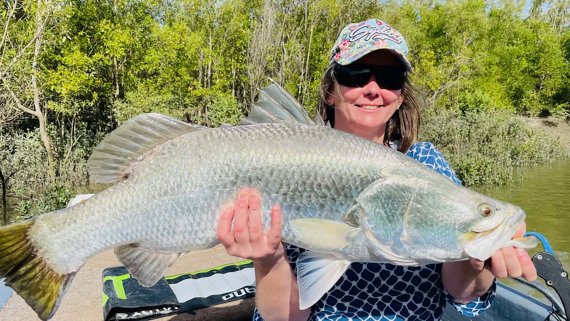 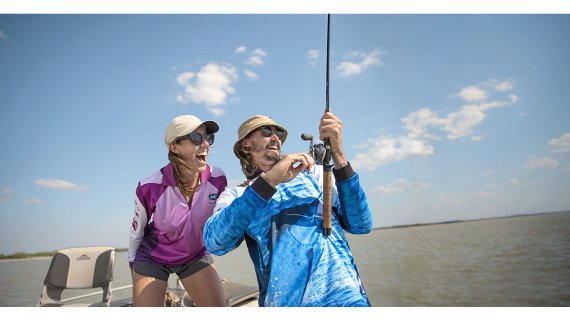 Previous Next
Million Dollar Fish Darwin Sights and Waterfalls
Palms City Resort - 5 nights
The liveliness of Darwin awaits with an exciting Barra and Mud Crab fishing tour around Darwin Harbour as well as a tour to the must-see Litchfield National Park to view the spectacular waterfalls and swimming holes, all while based at the tropical Palm City Resort.
Valued at 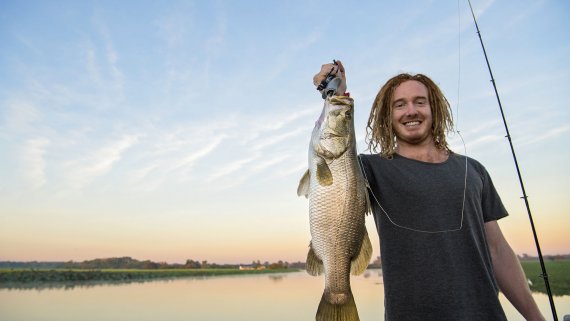 Previous Next
Million Dollar Fish Darwin Helifishing & Croc Adventure
DoubleTree by Hilton Esplanade Darwin - 4 nights
The liveliness of Darwin awaits with an exciting Helifishing and croc feeding adventure! Taking you to the Top End’s most secluded and treasured fishing spots and the unique opportunity to feed some of Australia’s largest Saltwater crocodiles, all while based at the modern and well-located DoubleTree by Hilton Esplanade Darwin.
NT Now Price 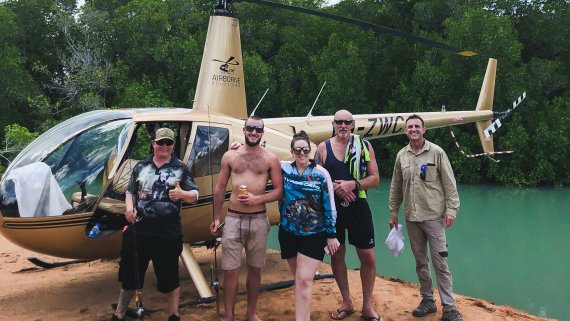 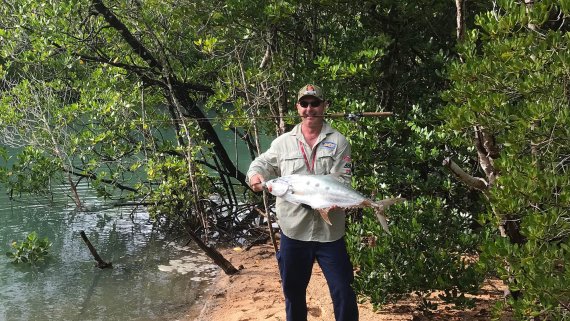 Previous Next
Million Dollar Fish Darwin - Helifishing and Helipub Adventure
DoubleTree by Hilton Esplanade Darwin - 4 nights
The liveliness of Darwin awaits with an exciting Helifishing and Helipub adventure around Darwin to the best fishing spots and local pubs! A full day fishing charter is also included, all while based at the modern and well-located DoubleTree by Hilton Hotel Esplanade Darwin.
NT Now Price 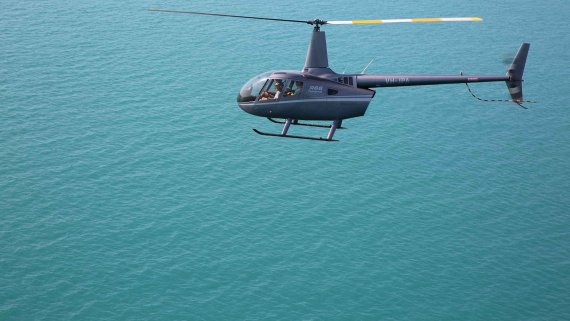